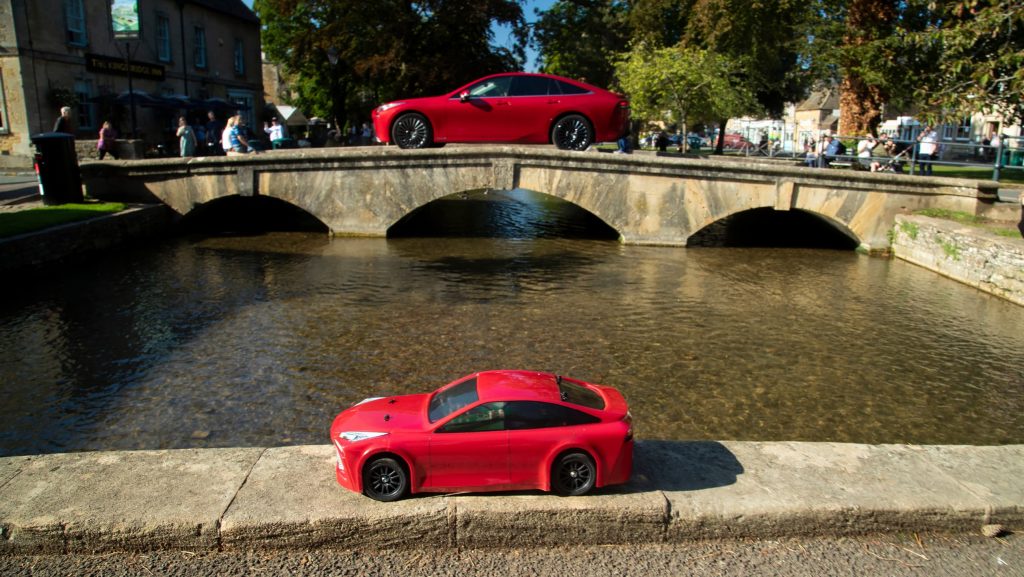 Toyota has teamed up with Tamiya to provide us with the new mini hydrogen powered RC car. It’s a mini Toyota Mirai. The car is roughly scaled down by a factor of 10. The RC Mirai is a result of Toyato giving its engineers the freedom to make fun projects, last time we got the GR Yaris, this time we get a mini hydrogen car! Despite being only a fraction of the size from the regular Mirai, the tech that provides its power is identical. It has a very small hydrogen fuel cell under the plastic body, which uses compressed hydrogen to generate 20 Watts. This power in turn drives the electric motors. 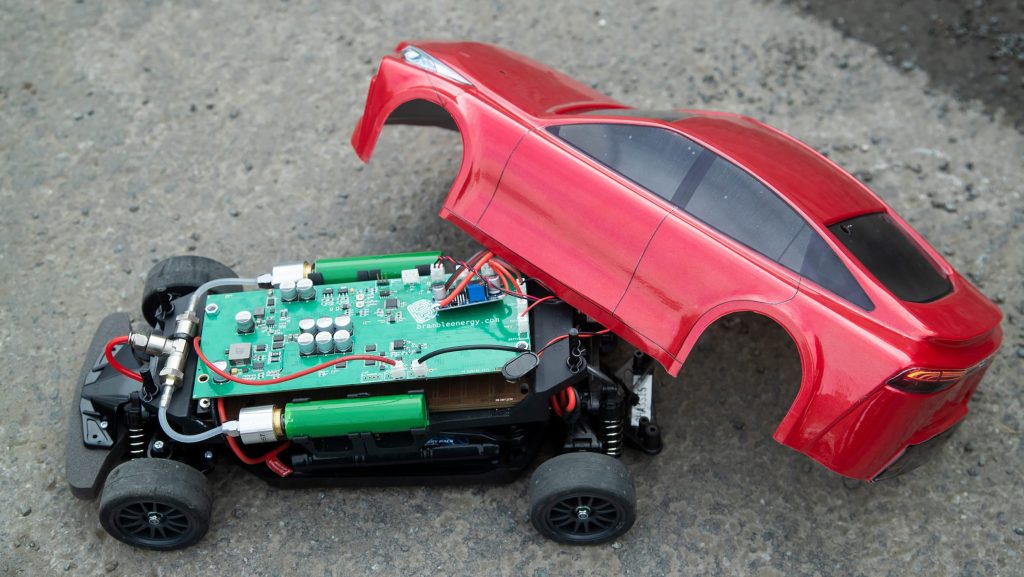 The tech in this car allowed it double the range of a tradition RC car which is supposed to show people on a small scale the benefits of hydrogen powered vehicles. We talked more about the benefits and drawbacks on hydrogen cars here: Hydrogen Cars Explained!. Bramble Energy is the company behind the miniature tech and mini hydrogen cells, they are hydrogen cell specialists after all. The new tech and cells were then attached to a common RC frame known as the TT-02 chassis. It’s four wheel drive and fairly well known in the RC community. 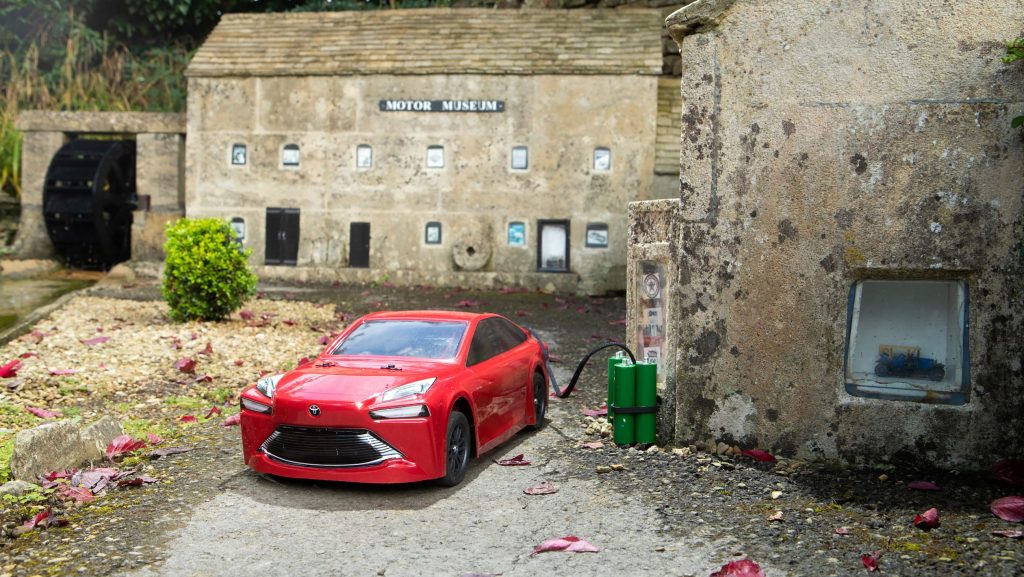 The Future Of Hydrogen

Toyota made the mini Mirai to showcase the potential of hydrogen fuel cells. The full sized version of the car that the RC counterpart is based on also uses hydrogen fuel cells albeit much larger ones. Toyota has gone on record stating they want to increase production of their hydrogen fuel cells by up to 30,000 units per year. The company states that hydrogen powered cars are just the beginning. Trains, boats, planes and many other vehicles and power generators could be using hydrogen as a fuel source in what Toyota likes to call a “Hydrogen Society”.