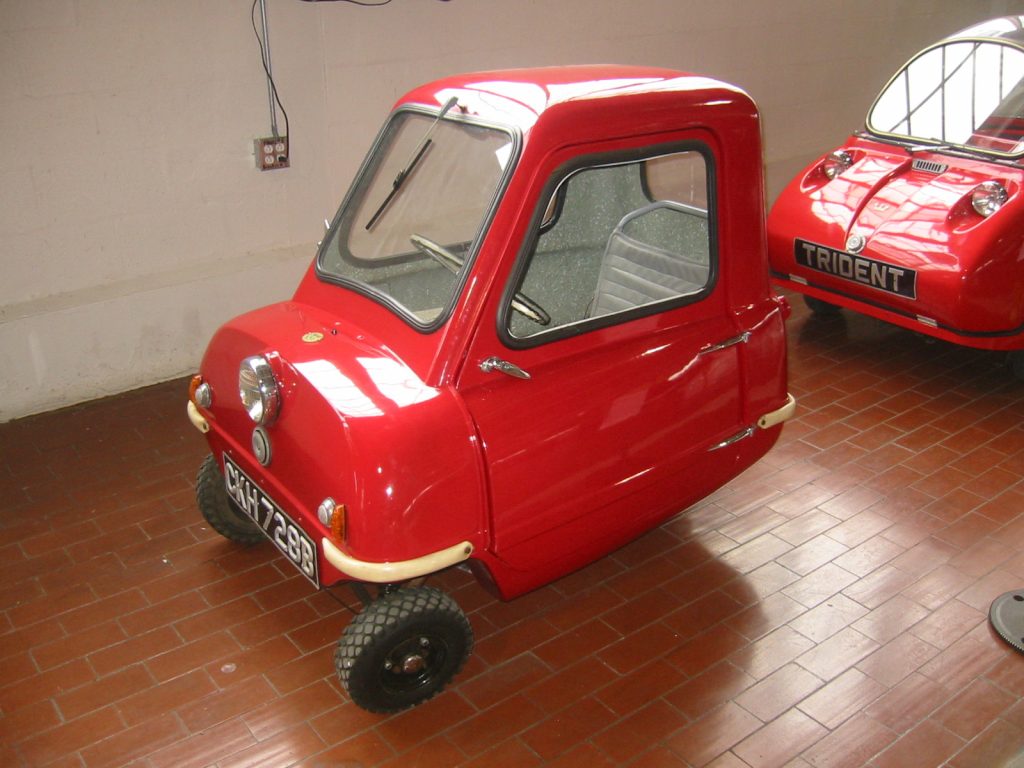 The Peel P50, a very uniquely designed car, a three wheeled “micro-car” manufactured in the Isle of Man from the year 1962 until 1965. The car was advertised as a City driver, being convenient to drive and park in high population urban environments. We’re not sure how convenient it would be to park a Peel P50, since it lacks a reverse gear, instead the operator can exit the vehicle and use a handle to manually pull the lightweight car backwards, there has since been a remake of the P50 that comes with a reverse gear and some other extras to make sure it’s road legal in todays age, but looks wise they’re almost identical. 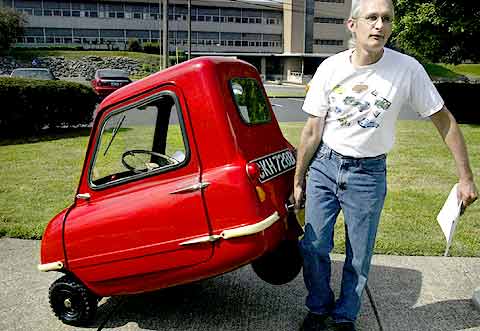 Lets explore the Peel P50 a little closer, at the time of release of the 1963 model the car had a retail price of 199 pounds. For this price you’d receive your P50 that would feature one single door for entering and exiting the one seat provided, a singular headlight, one windscreen wiper and enough room behind you for a smallish shopping bag. You had a choice of the following colours: Daytona White, Dragon Red, and Dark Blue. Later the remake sported Dragon Red, Daytona White alongside the new Capri Blue, Sunshine Yellow & Joyville Purple Limited edition

The Peel P50 holds several records with The Guinness Book Of World Records, starting with worlds smallest car, At 54 inches long and 39 inches wide and with an unladen weight of 130 pounds. The burning question we all have at this point is, how fast can the Peel P50 actually go? Well the recorded top speed is approximately 28 Miles Per Hour (45km/h). This slow speed granted the car the record for slowest car in the world, being on par or even slightly slower than most mopeds. The P50 gained a small surge in popularity in 2008 when Jeremy Clarkson drove it through BBC Television building in an episode of Top Gear. It is estimated that Peel still sell around 15 P50 units per year.