Spain is going to invest 4.3 billion euros to start off the production of electric vehicles & batteries as part of a major national spending programme financed mostly by European Union recovery funds. Pedro Sanchez the prime minister said in his presentation, the investment would fund and would include the whole production chain from extracting lithium to assembling battery cells and manufacturing electric vehicles.

Spain wants to be presumptive knowing the Electric Vehicle movement is getting strong traction in the European Union. After Germany, Spain is Europes largest auto manufacturer, and they want to stay ahead, with the production of EVs becoming the new main type of manufactured cars, so Spain, Germany and France are all making large efforts to retool and rework their manufacturing plants.

Sanches predicts that the economic output from the sector will increase by 5%, up to 15% from the 10% it’s currently at. The funds also include a 1 billion euros to help speed up the manufacturing and placement of charging units for EVs. The total funds are estimated at around 750 billion euros from the EU, of which Spain will get a 70 billion cut of the funds. 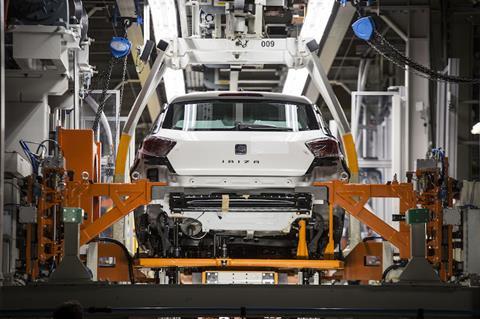 Spain still has a ways to go, but with the extra funding and extremely highly motivated political parties overseeing the shift from traditional to electric will be a sudden one, over the next five or so years. Seat is a behemoth in Spain and is responsible for a very large share of the cars available in Spain, after being bought by the Volkswagen Group and being caught in the crossfire of the VW emissions scandal, where over 700,000 Seat cars were fitted with the rigged VW engines, Seat must be eager to step into this new generation of auto manufacturing with a far greener outlook.