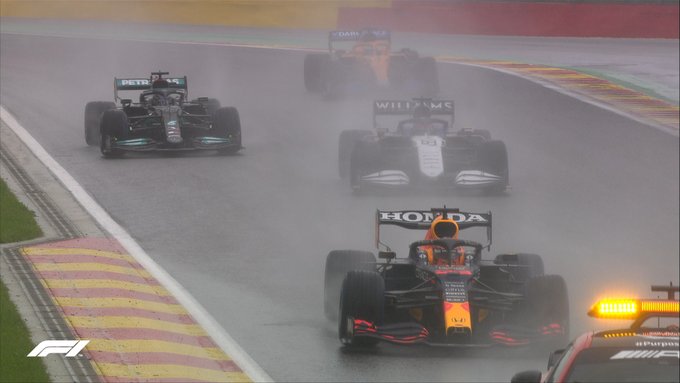 The F1 Belgian Grand Prix in 2021 was something else. F1 fans are known for always wishing for rain or poor weather conditions to spice up the track. Drivers have to adapt in the rain. Some drivers really shine & it mixes up the standard order we usually see each race. It also adds a great deal of excitement for some F1 fans. What fans did not anticipate was waiting for over 3 hours because of the rain. Finally once the over three hour wait was up, the race commenced. All this waiting, it should be the wet race of a lifetime! But unfortunately the race lasted just two laps. Both laps were behind the safety car so there was zero excitement from fans. Drivers complained, fans complained, we think everyone complained. 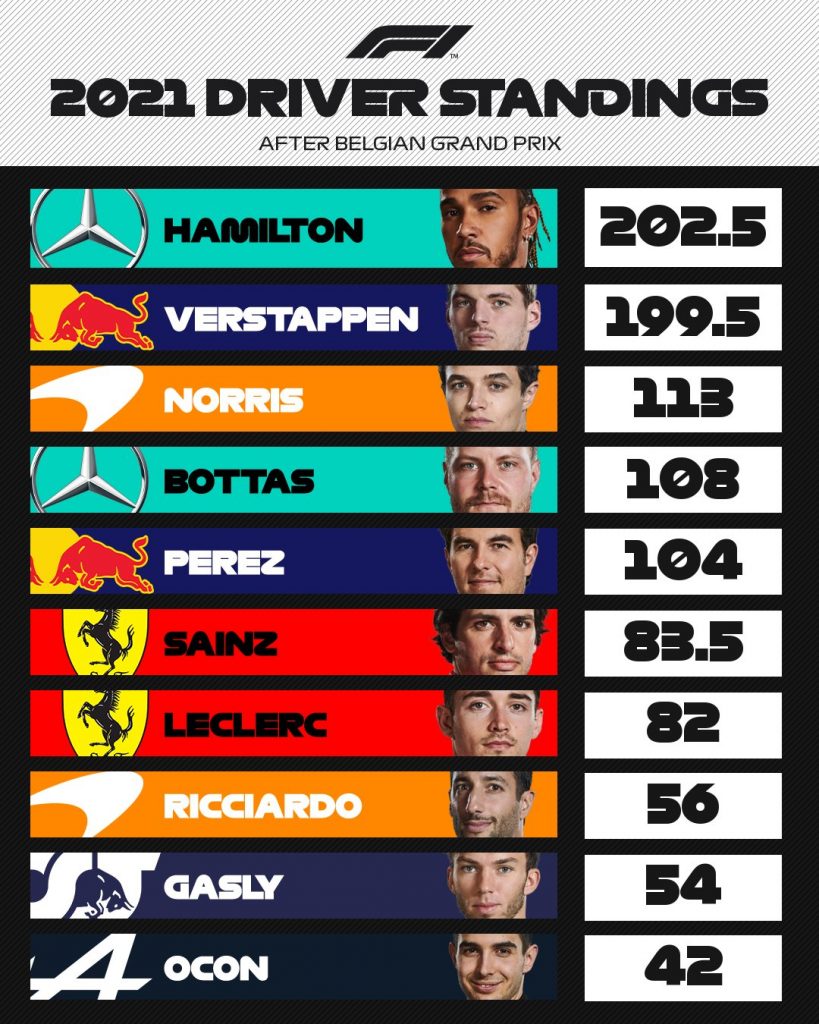 This is a very uncommon practice for the FIA and F1 as a sport but a decision had to made. The conclusion was that two laps counts as the minimum number of laps required. It’s not enough to award full points, so half points have been awarded. The shortest F1 race may have been over quickly, but the controversy is far from over. In simplified terms, most the top drivers were happy to be award their half points (p1-p10).

Lewis Hamilton voiced concerns about the fans who waited for hours, just to be presented with the worlds shortest F1 race. No talk of refunds or credit have been made at the time of writing, this pushed Hamilton to publicly accuse the FIA of making the choice to drive two laps a purely financially motivated one. The FIA have denied his claims, saying that the weather was showing signs of letting up & that the race spirit was there. However the weather worsened and they had to call it off, according to the FIA.

Drivers such as Alonso were noticeably very frustrated with the issue. Starting in P11, one place from the points and then being denied the opportunity to fight for his points. On the flip side, George Russel managed to qualify 2nd. With the reported 17th slowest car on the track, it would have been a difficult lead to maintain. Needless to say George is happy with the result. He deserved recognition for his excellent performance the day before in qualifying. Finally Max Verstappen won the race. Many F1 journalist believe the results would of been the same for Max if the race did go on, as he often referred to being an excellent racer in wet conditions.