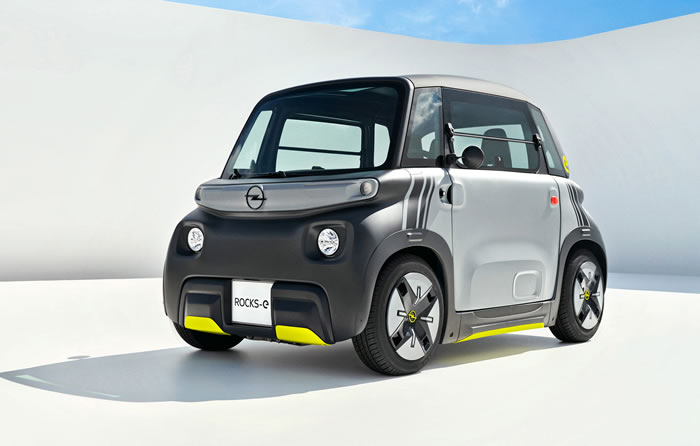 Opel recently anounced that they will be selling their own version of the Ami electric minicar originally developed by fellow brand Citroen.

The Rocks-e measures 7.9 feet in length, has a maximum speed of 47km/h (28 mph), and has a range of 43 miles. In some countries the vehicle is classified as a light quadricycle which means a driving license is not required to operate the vehicle and people as young as 15 will be eligable to drive the Rocks-e.

Even though 47km/h may seem slow to most it is plenty enough for buzzing around European city centers which have had the new 20km/h speed limits enforced. 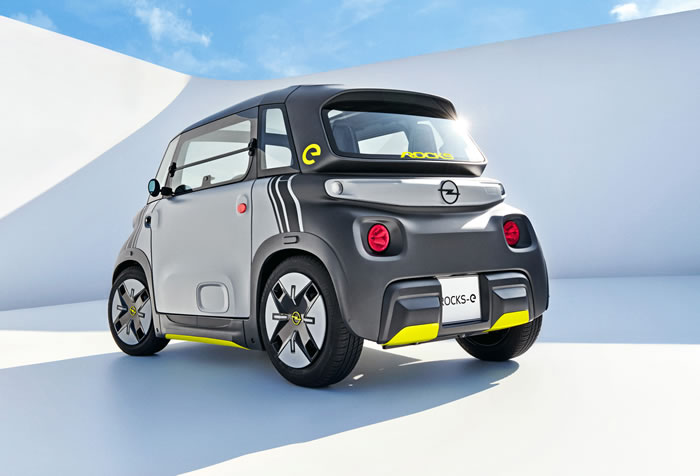 When it comes time to charging a 10 foot long cable can be pulled from the passenger door and plugged into almost any charging port thanks to an adaptor. Charging takes about three and a half hours using a standard power outlet.

As you can imagine the interior is pretty small, there’s enough space for two and not much else. Equipment is basic with a steering wheel and digital instrument cluster that displays the current gear, speed and battery state.

The Opel Rocks-e will be available later this year with an estimated price of around 6,900 euros. Opel are also planning to offer low-cost leases so we may start to see the Rocks-e on the road before the end of the year. 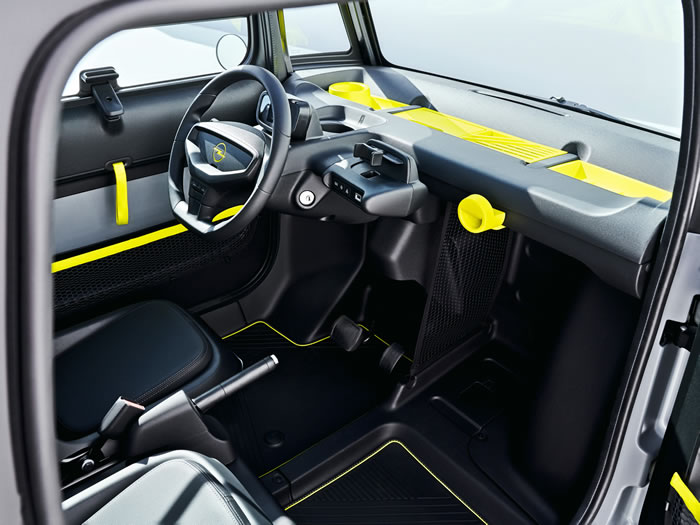 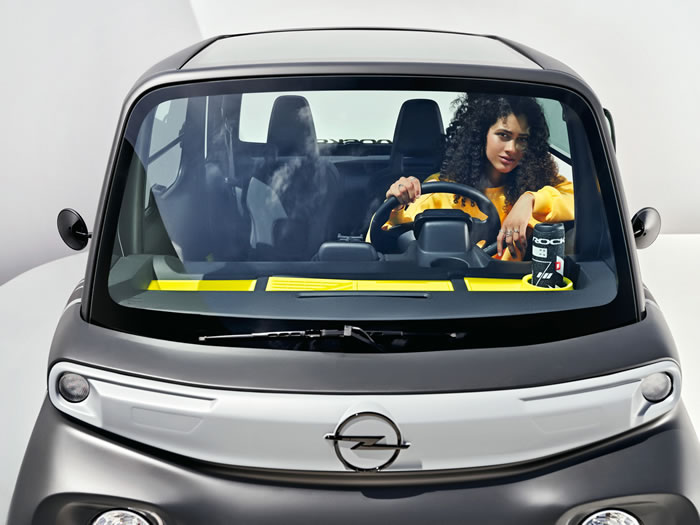