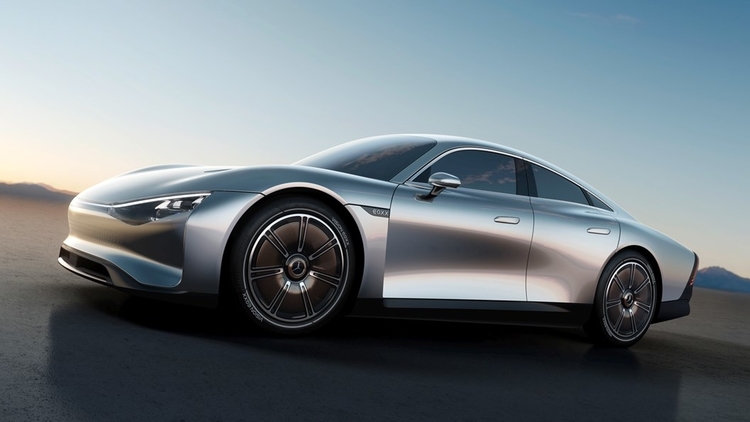 The Vision EQXX prototype is a champion of efficiency, according to Mercedes it has a range of more than 1,000 kilometres on a single battery charge. This is thanks in part to the exterior design and aerodynamics, which achieve a benchmark drag coefficient of 0.17.

The aerodynamics were also designed to cool the electric systems, the airflow under the car passes under a cooling plate that takes away most of the surplus heat, thus reducing the need for heavy, bulky fans.

To get more range Mercedes didn’t want to just make the batteries bigger and heavier, instead they have significantly improved the energy density which means the new batteries can now store 100 kWh, whilst taking up 50% less space and weighing 30% less than batteries with comparable capacity.

Another feature which gives the Vision EQXX longer range is the addition of 117 solar cells that have been intigrated into the roof. This helps supply power to many auxiliary units in the VISION EQXX which reduces the energy demands of the high-volt system and ultimately leads to more range.
On a single day with ideal conditions, this alone can increase the vehicle’s range by around 25 kilometres.

As for the interior, Mercedes has used a mix of sustainable materials such as mushrooms, bamboo, cactus and vegan silk. This is to show it is possible to achieve the utmost in automotive luxury without using animal products, whilst creating an inimitable feeling of premium comfort.

Mercedes says the Vision EQXX will take to the public roads later on in 2022 to further develop its all-new powertrain, battery, body, suspension and brakes. After that we could be seeing some of these designs in vehicles as early as 2024. 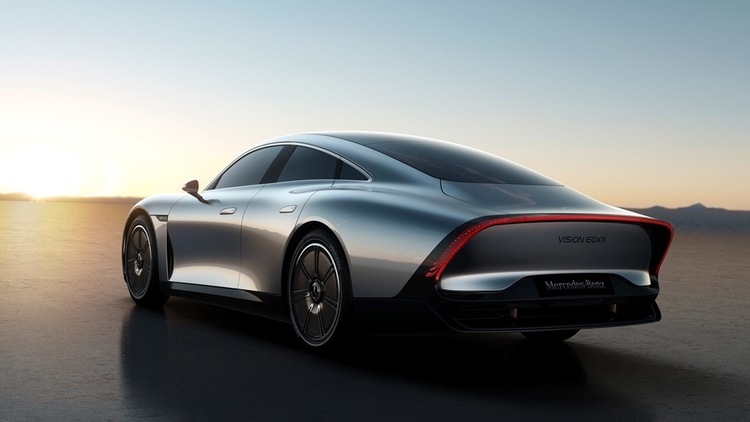