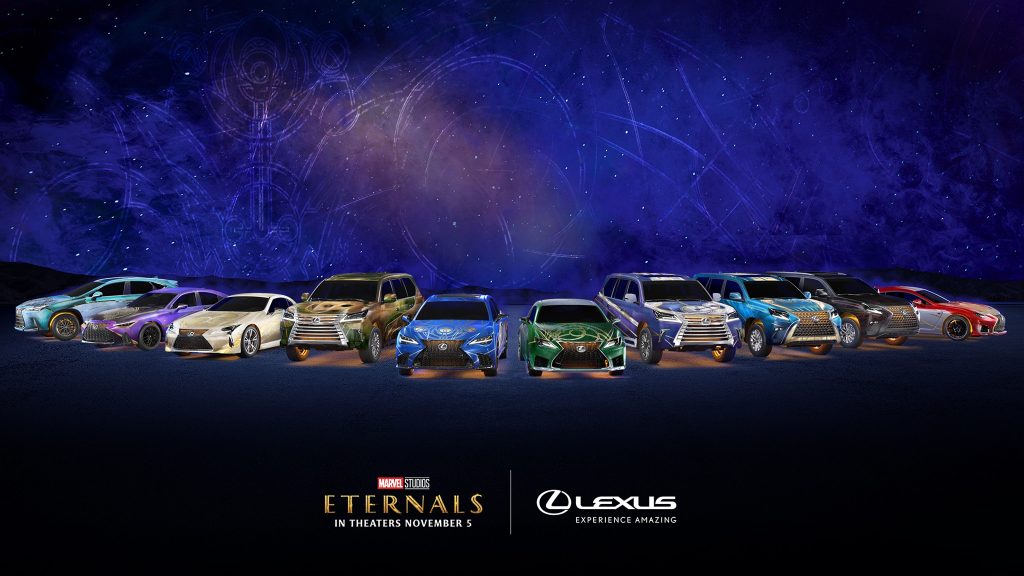 Lexus has struck a deal with Marvel. Marvel has a new movie coming out to expand their cinematic universe and to help hype the move up Lexus has partnered up with Marvel to create ten custom themed cars after the character in the movie, dubbed Eternals. Each car represents a different cast member and a different power-set. Note that these cars are custom wrapped, other than the wrap there isn’t much difference between the base models and the promotional models. Lexus has made the following models available with the custom wraps: GX, LX, LS, IS, RC F, NX, and LC500. The movie is set hit the silver screen on November 5th. 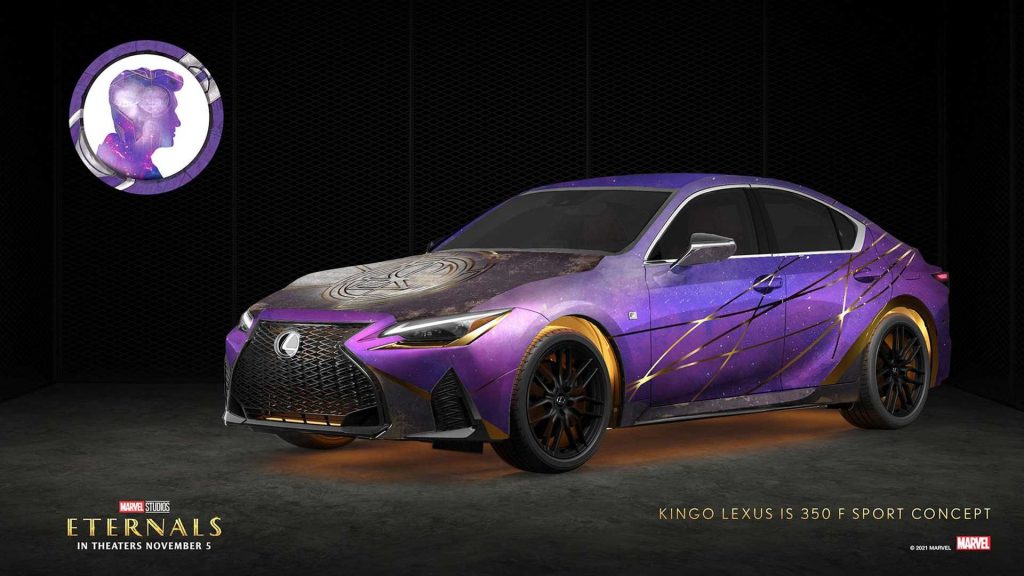 Each version has a unique wrap, but they do all share some similarities. Each car has a golden glow on the grill as well as a golden under-glow. That’s where the similarities end. This was done to symbolise the energy all the characters share in the movie. The wraps were carefully considered to not just match the personality and powers of each hero, but also their armour. Lexus has selected to use it’s GX model for Ajak, one of the hero’s. He’s a strong and powerful hero so the car with the most striking appearance was paired with him. This theme continues with all the cars, and is a nice touch for the fans. 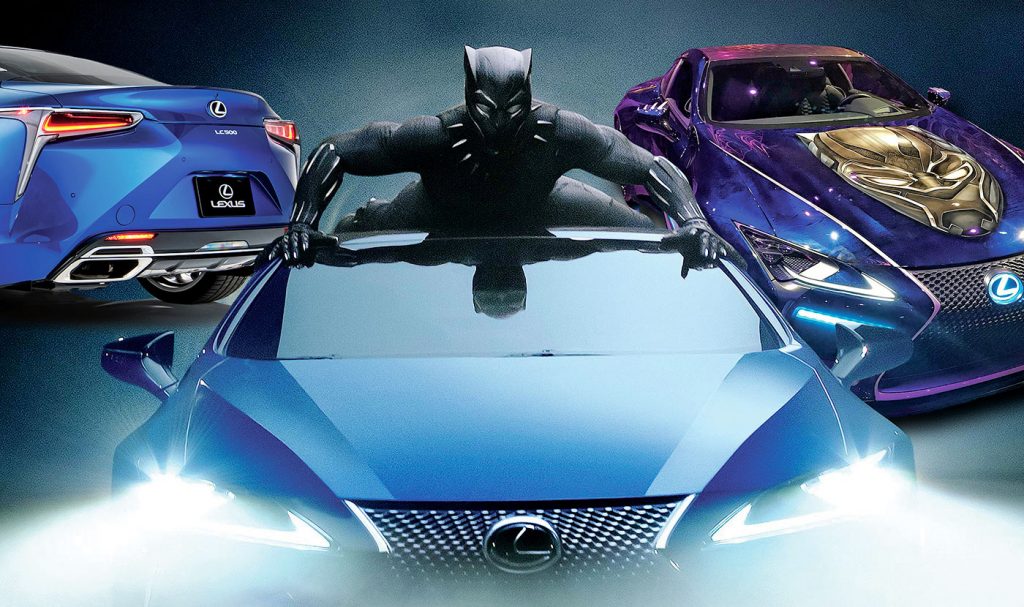 Marvel Has Done This Before

For those who missed it, Marvel has used cars to hype up its movies before. For a long time Audi was the signature car from the MCU (Marvel Cinematic Universe). However when Black Panther came along so did it’s matching car counterpart from none other than Lexus themselves. We have to assume this deal was mutually beneficial for it to go from a single car movie to an entire fleet representing each character.