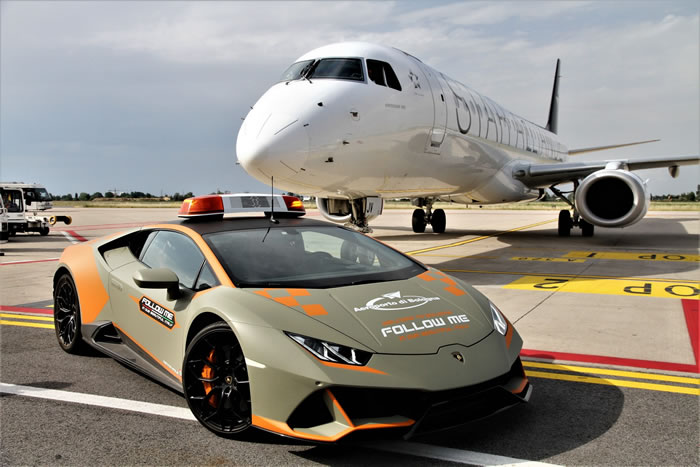 I have always found airports to be fascinating places, I love watching the variety of tugs, luggage haulers and transportation vehicles all racing around getting planes ready for take off. Many of these vehicles are unique to airports and it’s fun to spot vehicles you have never seen before.

Travellers who will be flying in or out of Italy’s Bologna airport within 2021 are in for a real treat as the airport has recently aquired a Lamborghini Huracan Evo to be used as the airport’s follow me car. The Huracán Evo will be guiding arriving and departing aircraft around the airport until January 7th of 2022 so if you happen to be at Bologna airport this year then keep an eye out for it. 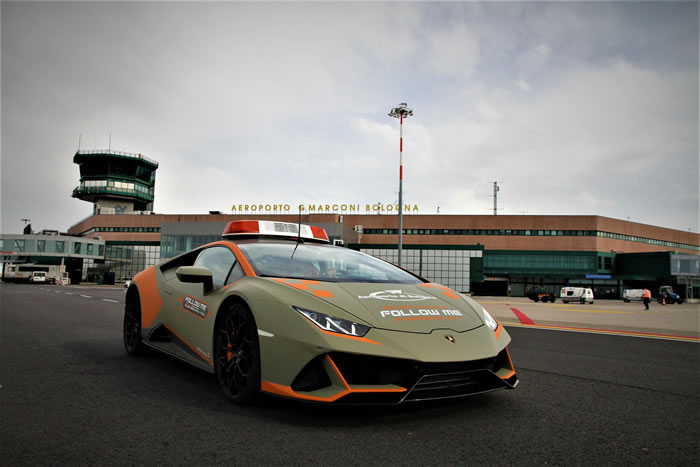 The Huracan has been fitted with a special livery which features matte orange accents and signs saying “Follow Me in Our Beautiful Country”. On the roof sits a mounted light bar and inside the vehicle there is a radio allowing the driver to communicate with the control tower.

This Lamborghini Follow Me car has the standard 5.2-liter V10 engine that churns out 631 hp allowing the Huracán Evo to accelerate from 0 to 62 mph (100 km/h) in just 2.9 seconds. Even though the Lambo can hit speeds over 200 mph (325 km/h) it is going to spending most of it’s time crawling around the airport. 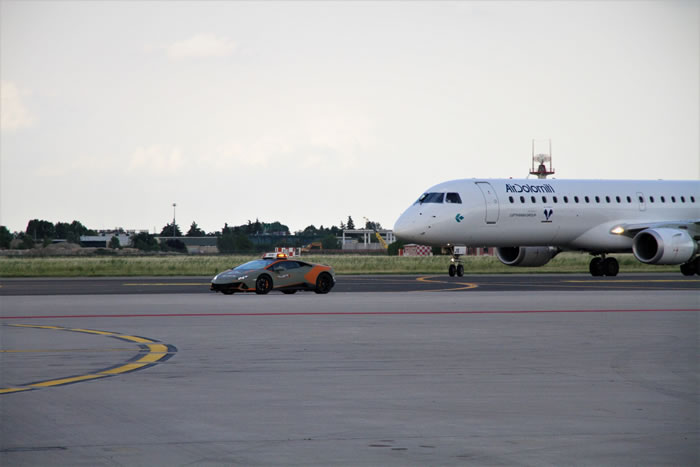