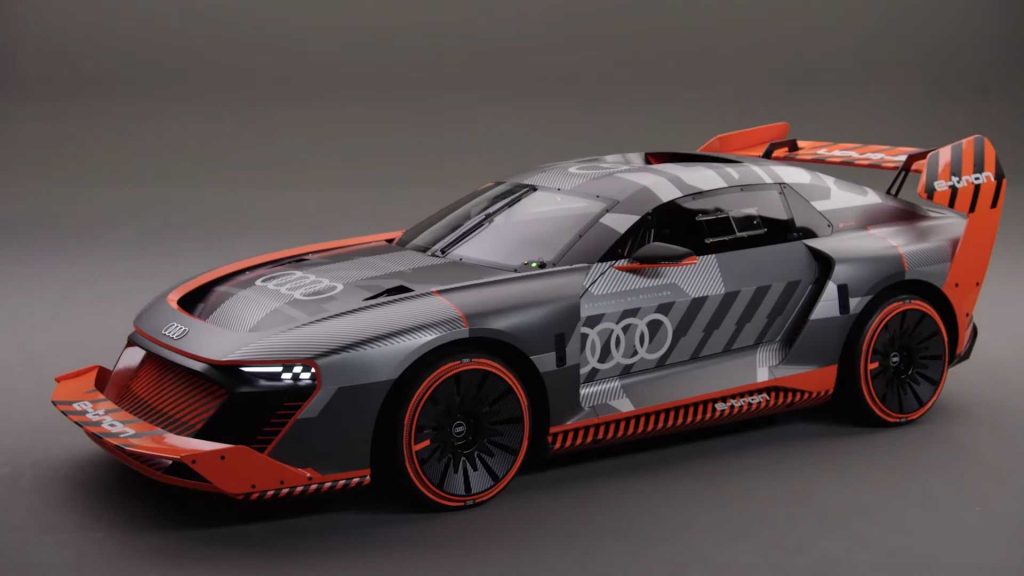 Ken Block, the world renown rally river and overall extreme sports enthusiasts has decided to team up with Audi to make an absolute beast of a vehicle. Introducing the Audi S1 e-tron quattro Hoonitron. A fully electric Audi that absolutely shreds tire rubber like nobodies business. Who better to collaborate with than Ken Block himself, the man who’s won countless events and is well known for his youtube series where he performs extreme stunts in vehicles such as jumps, donuts & of course drifting. This car is built with extreme driving in mind. Let’s go over the specs 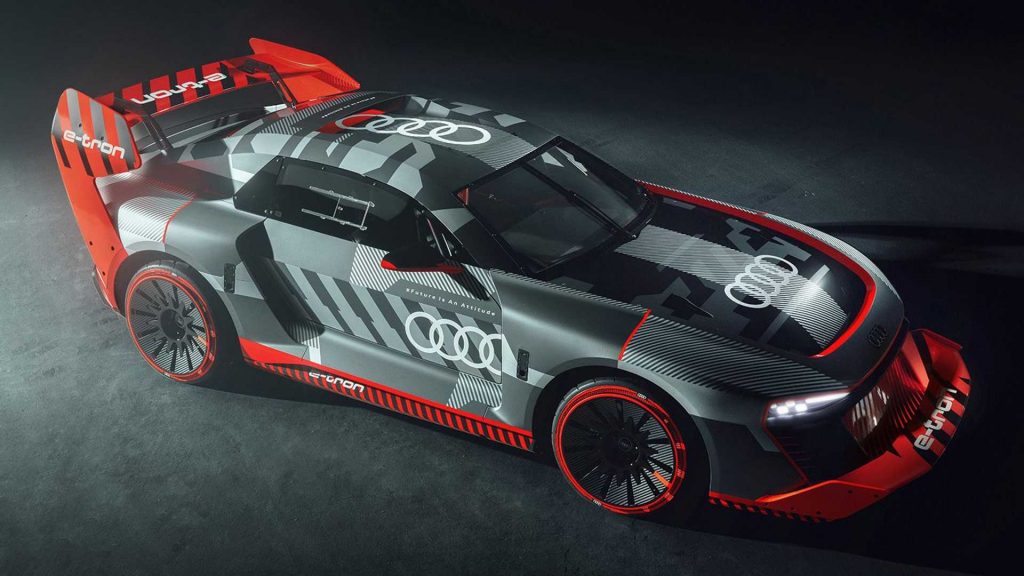 The Audi Hoonitron is built with performance in mind, lets take a look at what sets this electric machine apart from the rest. To start, the chassis is made out of carbon fibre, allowing for good structural strength whilst maintaining an extremely light weight, allowing for great manoeuvrability, more power and higher air. The chassis uses the same safety guidelines that the FIA provides (The company that overlooks F1). F1 cars are extremely strong and safe so no worries there in the Hoonitron. Then comes the power train unit. We don’t know the exact bhp of the car but we do know it’s powered by 2 electric motors that according to Audi deliver “Power Galore” to the vehicle in the form of all wheel drive. Ken Block is known for collaborations like a 1400hp Mustang, so we’re sure Audi won’t skimp on bhp. It’s pretty clear that the Hoonitron is worthy of its name, and it’s going to change the way a lot people perceive electric vehicles. The Audi Hoonitron is a mean looking beast with a wide and angry frame and it has all the power to back it up. We’re very excited to see Ken take this beast out and do some insane stunts in a fully electric powered car. This may help many with the stigma that electric vehicles aren’t “rough” or “manly” enough that many car enthusiasts hold. If it’s beastly enough for Ken, it’s good enough for us.