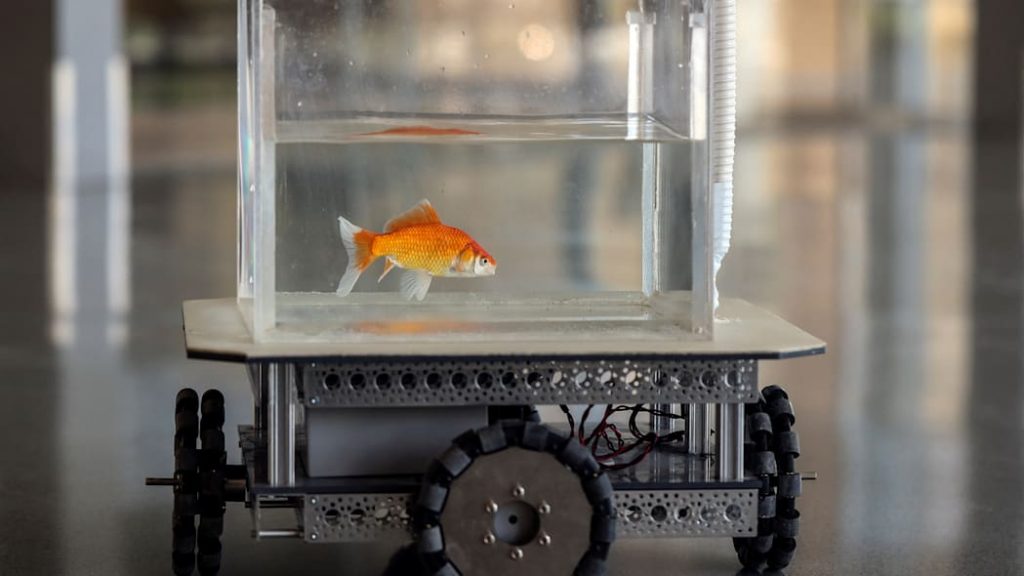 GoldFish That Can Drive

Over at Ben-Gurion University in Israel they developed the first FOV. Not field of view, but Fish Operated Vehicle. This little vehicle comes with a bunch of tech equipped to it. Using a combination of sensors, cameras, computers and omni-directional wheels, the craft can keep track of where in the water the goldfish is. It uses laser light to determine it’s ground location and when you combine the two, you end up with a vehicle that is operable by a fish. Before assuming it’s just a goldfish swimming, unknowingly controlling the vehicle then Shachar Givon had the following to say:

“Surprisingly, it doesn’t take the fish a long time to learn how to drive the vehicle. They’re confused at first. They don’t know what’s going on but they’re very quick to realize that there is a correlation between their movement and the movement of the machine that they’re in,” 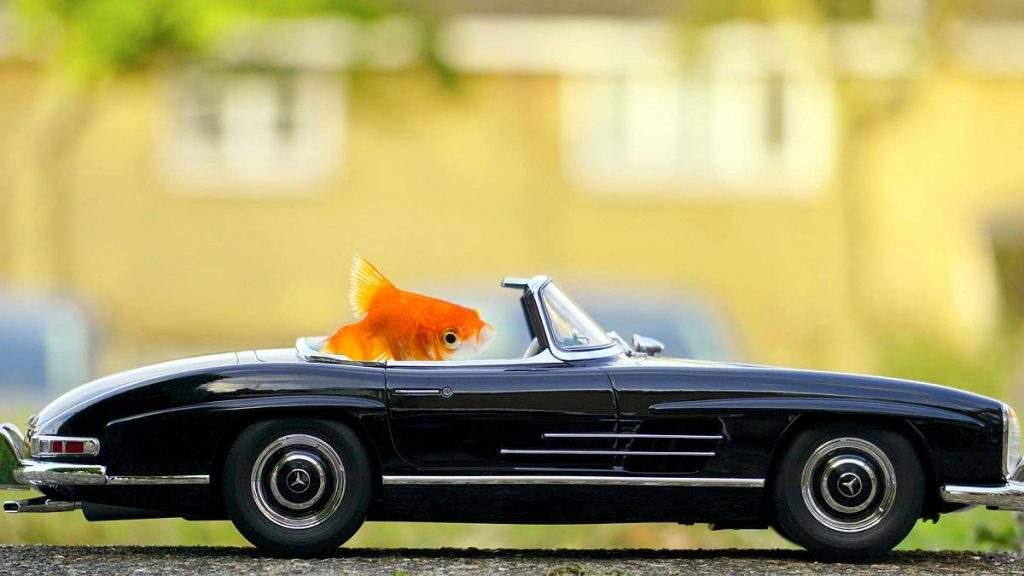 Why Do This Experiment?

When asked why this researched was being conducted there were some interesting reposes from researchers. Firstly was the argument that showing that fish has a better cognitive ability than first assumed, especially outside of its natural environment will improve our knowledge on animals and their navigation skills. Other animals have also been taught how to drive in the past, namely dogs, a cat and rats. But a goldfish stands out due to it being considered a “dumb” animal. Segev gave this piece of his mind:

“We humans think of ourselves as very special and many think of fish as primitive but this is not correct,” … “There are other very important and very smart creatures.”

And in case you were curious. The fish displayed different aptitudes in driving, some were naturals, others not so much. Similar to humans, some fish are simply better drivers than others. We can’t for the day where a fish can be considered a better driver than most humans, or at least have the potential to be.