GB Stickers Are No Longer Valid

after Brexit a lot of rules and regulations to do with how to UK interacts with the EU have changed. One of the newer regulations since September 28th is the banning of the classic GB stickers. Whilst not very stylish, many cars still have them. The new UK sticker isn’t any prettier, but it’s not been put on 2 million cars per year either.

The replacement of the sticker is because GB stands for Great Britain, under which comes Scotland, Wales and England. This excludes Northern Ireland and so the change was made to encompass all nations who recently left the EU together 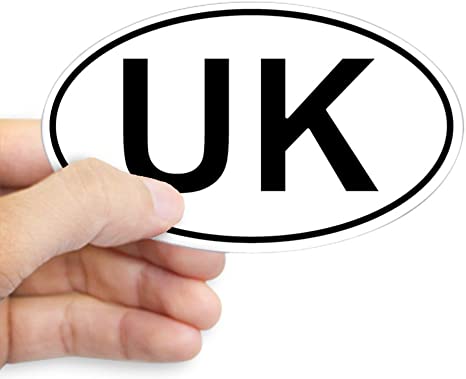 RAC spokesman Rod Dennis said the following: “It might only be a matter of replacing two letters, but this is a significant change for drivers who in normal times take their cars outside the UK,”

followed up by a warning,

“Drivers also need to remember that number plates featuring the blue band and letters ‘GB’ next to the European golden stars are also no longer valid,”

The Penalties from infringing on this new rule are still a little unclear, it’s believed that for now it could be a case by case basis where each country may choose how strict to be with the new rules and what punishment they deem reasonable. Some countries could even refuse entry to cars with GB Stickers on them.

“Changing the national identifier from GB to UK symbolises our unity as a nation and is part of a wider move towards using the UK signifier across government.

“We notified the UN of our intention to make these changes in July, and have been working with the sector to implement the change.”

Said by A Department for Transport spokesperson. Our final piece of information is directly form the guidelines for those in Spain;

If you’re in Spain, Cyprus or Malta, you must display a UK sticker no matter what is on your number plate.