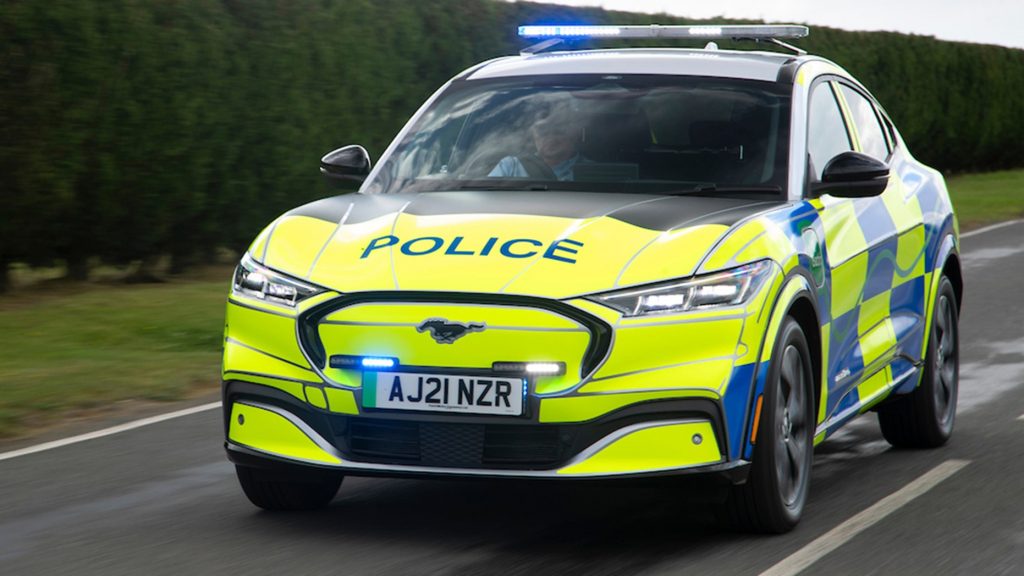 The car industry has begun to shift towards the E.V. (Electric Vehicle) movement. It is an effort to go green & it’s no surprise that Police forces are looking to add E.V.’s into their inventory. Many suspect that Police forces all over the world will eventually replace their patrol cars entirely with electric vehicles. Switching to E.V.’s comes with its own sets of advantages and disadvantages. Whilst most changes are positive, there is one elephant in the room that Ford are looking to address as quickly as possible. 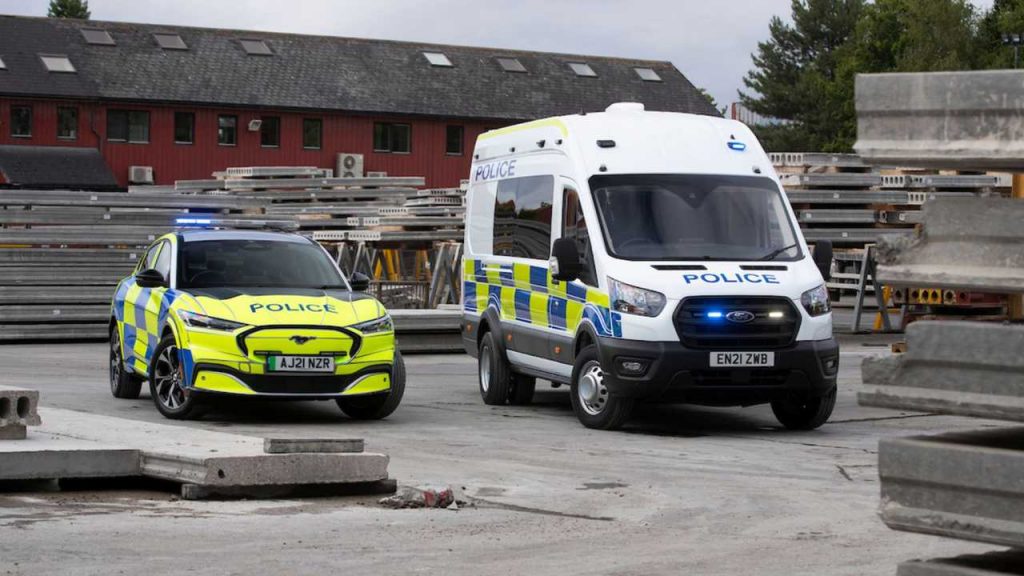 The range on the Ford Mustang E-Mach is approximately 211 miles. This is fine for its purpose. However the accessories such as sirens and blue lights do not run from the cars battery pack. The accessories run from a conventional 12 volt battery which can be a big limitation. It is important for Law Enforcement officers to have access to their cars accessories at a moments notice, whenever it may be needed. To circumvent this the Mach-E currently uses low power LED lights but Ford have said they would like to look into other possibilities. The number one suggested change for now is a higher capacity transitional battery. Whilst the current accessories work well, Police noted they would want to add extra functionality to their cars. For this reason the extended battery is the main improvement sought after to remove the limitations it currently has a patrol car. 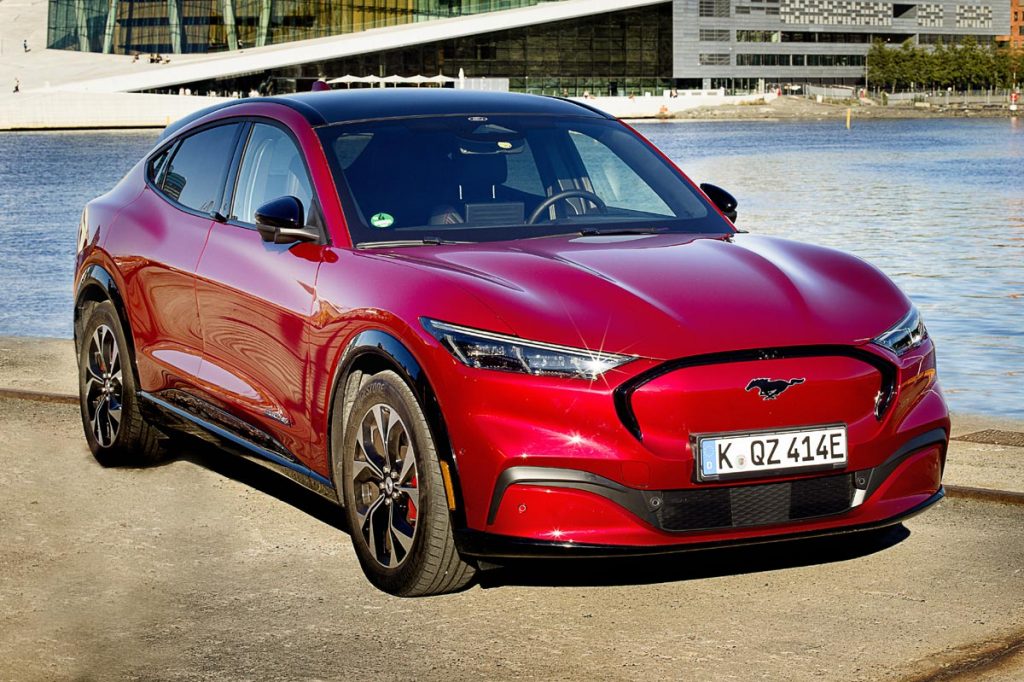 Ford already supply a lot of American police forces with their hybrid patrol cars. Many speculate that if the Mach-E is satisfactory in its U.K. trials that Ford will attempt to adapt the car for the Americans.The Ford Mustang E-Mach is a well received car amongst everyday drivers. A model with an extended battery (which they plan to use in future with the patrol cars) set the record in July for most efficient energy usage. The car comes in standard AWD and also in RWD. Capable of 0-100km/h in 3.7 seconds.