A number of striking Porsche art cars have been created over the years and so it makes us wonder if a Porsche is the perfect canvas for art. Lets take a look at five of the best Porsche art cars and then you can decide for yourself. 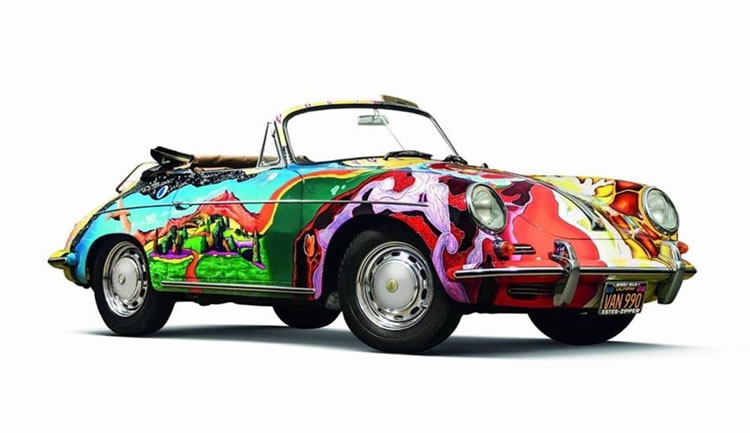 Rock legend Janis Joplin may have sung “my friends all drive Porsches” but she actually drove one herself. She bought this 911 back in 1968 and used it as a daily driver. Wanting a more colourful paint job, Janis paid her roadie, David Richards, $500 to portray The History of the Universe on the car in almost every colour possible. The result was a vehicle that screamed to be seen.

This work of art was unveiled at the Paris Fashion Week in 2021. Attendees saw the worlds of fashion, art and cars collide to mark the 30th anniversary of the 968. TAG Heuer created a matching chronograph to accompany this one-off car, while the roof was removed and RECARO seats were added, incorporating graphic leather in the centre panel that matches the exterior colour. A custom-designed audio system by BOSE was also installed and the headlights were elevated with chrome. 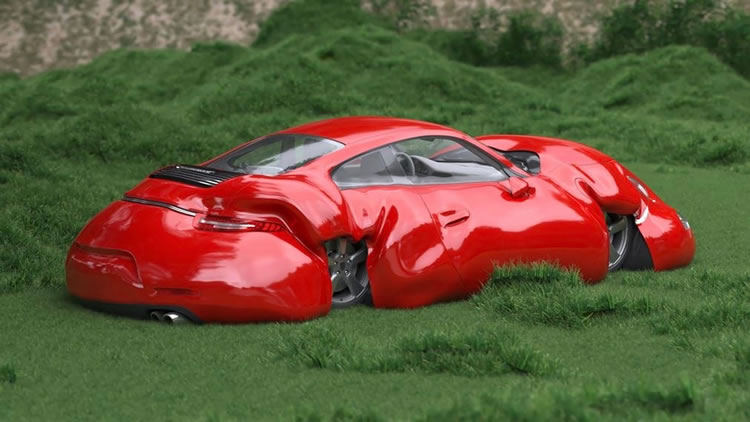 Austrian sculpture and painter Erwin Wurm is known for his larger-than-life artworks – he has been making Fat Sculptures of houses and cars for two decades. On the 20th anniversary of his iconic Fat Car collection, in 2021, Wurm’s quirkiness came to the fore once more to breathe life into this Porsche 911. 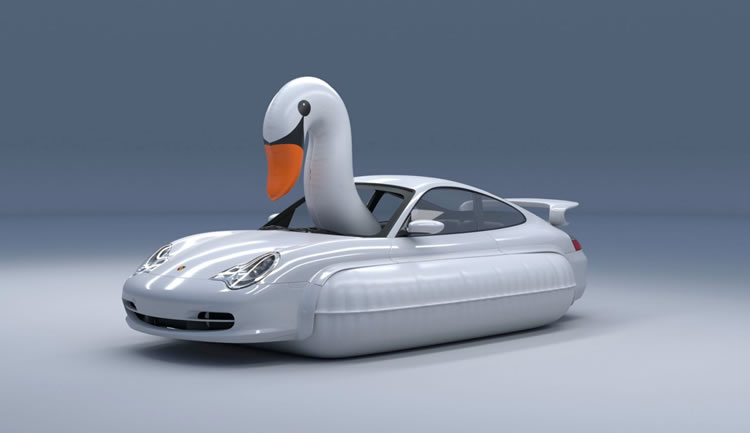 This 996 Swan art car was designed for the anniversary “20 years of Porsche in China” by Scottish digital artist Chris Labrooy. The the swan stands for happiness in China which is why it was chosen for this art piece. The 996 artcar made its first public appearance in Shanghai at the beginning of November 2021 and will make further appearances in the next coming weeks. 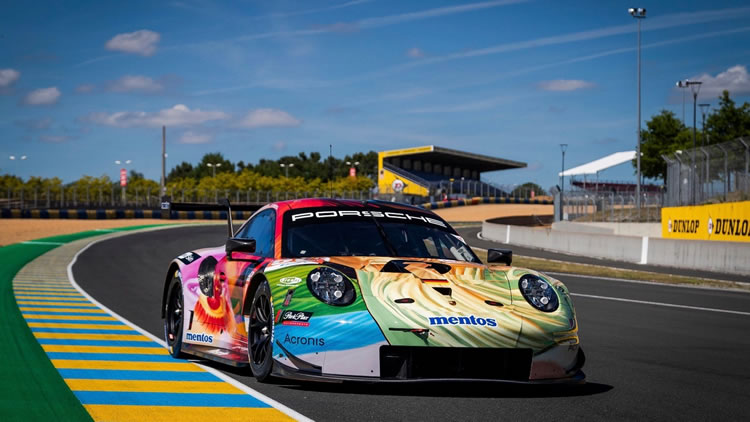 This Porsche 911 RSR is more than just a work of art. It also became the first Porsche art car to win at the 24 Hours of Le Mans, when it took victory in the GTE Am class in 2019. Its existence is the result of a firm friendship between the artist, Richard Phillips, and the Porsche factory driver, Jörg Bergmeister. The oversized details and bold contrasting colours meant there was no need to have a grandstand view to take in the full design – spectators could easily follow the cars race progress from afar.

Do you think Porsches should be continued to be used as a canvas for art? We think so.