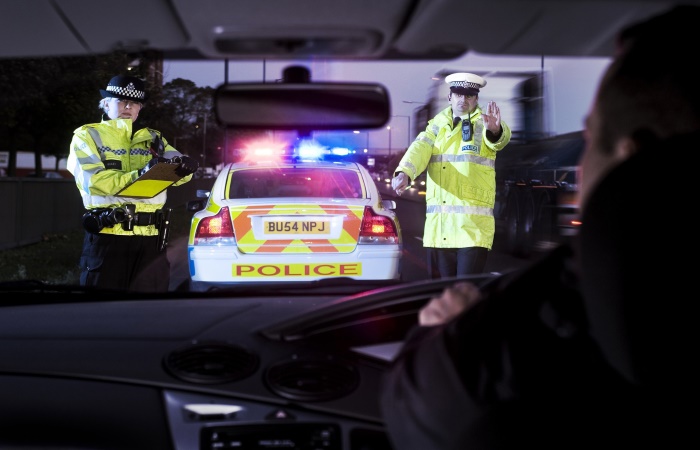 Australia: Don’t Carry Too Many Potatoes

Back in 1946 Australia baned motorists who are not part of the Potato Marketing Corporation or one of its agents from carrying over 110lb of potatoes. Police officers don’t even need to weigh the potatoes of suspected offenders, they’re allowed to simple estimate the weight by glancing at the pile. Those who break this law risk heavy fines but there’s no evidence the law is still being enforced today.

In Bahrain, officers can send you straight to jail for almost any traffic offense. Doesn’t matter if you run a red light or get caught speeding you could end up spending six months in jail along with a fine of around 1000 Euros. If you end up damaging property during your traffic offense you could even end up with a one year prison sentance and a fine over 6000 Euros.

China: It’s A Lottery To Drive

In an attempt to reduce traffic and air pollution the Chinese authorities capped new car sales back in 2019. The Beijing Transport Commission only allow 60,000 clean-energy vehicles (mostly electric cars) and 40,000 piston-powered models onto the city’s roads. Everybody has to participate in a lottery system to win the right to buy a car with the odds of winning being around 1 to 500.

Cyprus: No Eating Or Drinking While Driving

Cyprus has prohibited motorists from eating and drinking behind the wheel, even if it’s just a quick swig from a bottle of water. This is so that motorists keep both hands on the steering wheel at all times.

France: Make Sure You Have Your Own Breathalyzer

Since 2013 motorists in France are required to carry an unused breathalyzer in their car at all times. If you happen not to have one with you when stopped you may receive a small fine and then the officer will use one of his breathalyzers to test you.

Germany: Make Sure Your Tank Is Full

It is actually illegal to run out of fuel while driving on Germany’s Autobahn. Running out of fuel is considered a preventable problem while stopping on the side of a road that has no speed limit is extremely dangerous. Motorists who run out of fuel can receive fines of around 70 Euros.

Japan takes drink driving extremely seriously. Not only will the driver receive a hefty fine but any passengers also in the vehicle can receive up to three years in prison and a maximum fine of around 3500 Euros.

South Africa: Stay In Your Vehicle If You Break Down

While in most countries motorists are advised to leave the vehicle and maintain a safe distance in South Africa motorists are told it’s safer to stay in their car and call for help rather than wandering around the side of the road.

Many people believe that it is illegal to drive a dirty car in Russia but that is not entirely accurate, it is only illegal to drive with a dirty number plate. Motorists risk getting stopped and fined if their license plate is covered in dirt, salt or road grime but they are not liable to keep the rest of their car clean.

Sweden: Keep Your Lights On At All Times

According to Swedish law all vehicles must have their lights when travelling. It doesn’t matter what the weather conditions are or what time of day it is, you can be fined for not having your lights on.

Motorists in Switzerland must take their vehicles to an official car wash to clean them, any attempt to wash your car outside you property or on your drive way can lead to a visit from the law. This is to prevent citizens from pouring contaminated water in the sewer system.

Burnouts or any sort of tyre noise is actually forbidden in the town of Derby, Kansas. Anyone caught screeching tyres in this town risk receiving a $500 fine or a 30-day prison sentence.

United Kingdom: Be careful Smoking Behind The Wheel

It is not actually illegal to smoke while driving in the UK but road users could face charges if they are found distracted behind the wheel by either smoking or lighting up a cigarette. Taking your eyes off the road for just an instant could be considered putting yourself and other road users at risk.

In extreme circumstances motorists could be issued a fine of up to £2,500, nine penalty points and even a temporary ban.

Drivers in the UK can also be fined for lighting up a cigarette with children in the back of the car.