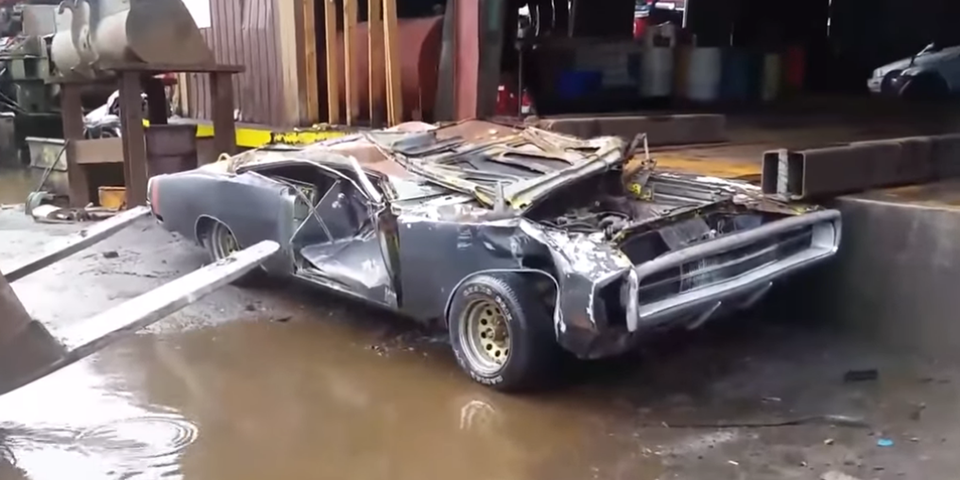 However Daniel noted that there were lots of no-shows, tire kickers and time wasters, not interested in buying the car at all or only at “scrap” value. “It was a complete car, not missing a single thing inside, out, underneath, under the hood, wasn’t missing a damn thing. Had fender tag, VIN tag, clean title.”

Regardless Daniel noted that only a stream of jokers had contacted him about the car. After 6 months pass and not a serious buyer in sight, Daniel had decided he’d had enough and wanted to teach all the lowballing jokers a lesson. We’re not sure how destroying your own car teaches anyone a lesson, but it made for an interesting video although be it a bit disappointing to see a classic car destroyed like this.

Insurance on the car valued a daily driver 1970 Dodge Charger 500 V8 at around $27,000, depending on the condition of the car, however we don’t think he’ll have much luck after the video Daniel posted of him crushing the car. The video raised several heartbeats and got a mostly disgusted reaction from motor enthusiasts as they heard things like “Beautiful! That’s what you guys f**kin’ get!” whilst the classic Dodge was being crushed in the video. With that in mind, many also defended Daniels actions, saying he is free to do with his property as he wills.

Daniel claims the purpose of the video was not for money, and that he was not on drugs but it was strictly about sending a message. If you’d like to check the video yourself then see below, warnings for foul language and the video is very jittery.