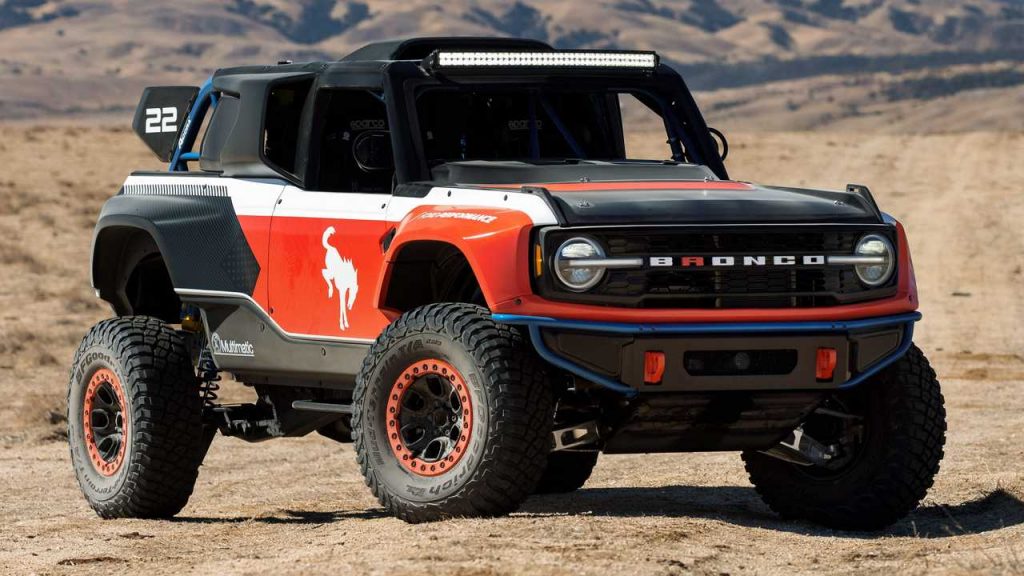 2023 Bronco Is Too Badass For Roads

The Ford Bronco  has been set to release in 2023. The full specs have yet to be revealed but we know a fair amount about the bronco already. The first thing most notice are the tires, the insane off-road dirt thread and the massive 37 inch tires. To accompany this the Ford Bronco has some of the most insane suspension allowing for manoeuvrability in the harshest of terrains. Unfortunately it comes withs its own caveat. And that is that the Ford Bronco is not legal on the roads. It’s no designed to be on a road, and in our opinion it doesn’t have to be. 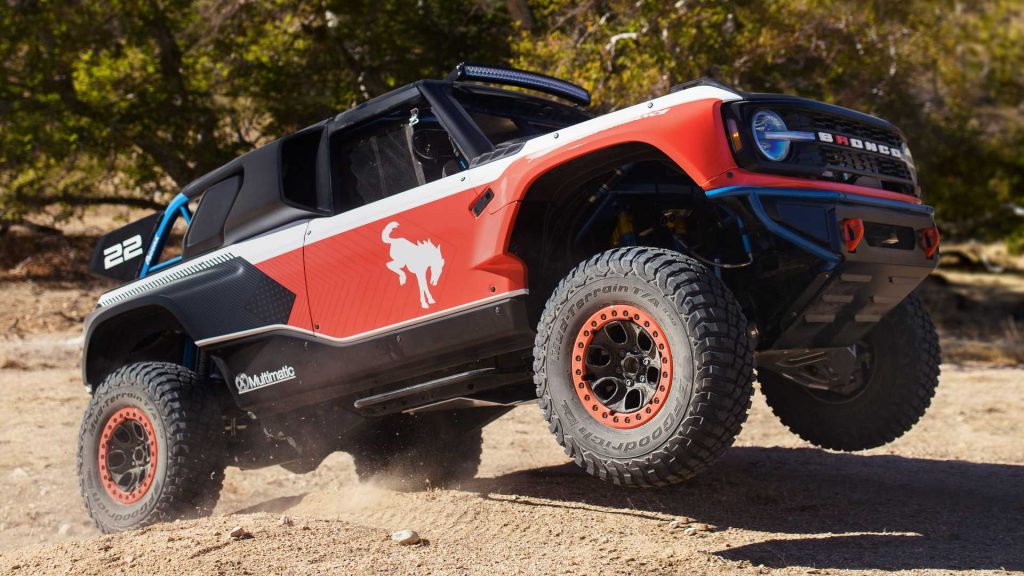 What We Know So Far

The vehicle is a dedicated to desert racing so don’t expect many luxury features or things to cater towards comfort. The enormous suspension takes care of that. You’ll have a full roll cage for the safety of the occupants, a set of racing seats, a display and gadgets aimed at data gathering to help the occupants keep an eye on the conditions and circumstances they are racing in. Despite having the panels made out of fibre glass to help with weight reduction, the Bronco still weighs in at a whopping 6,200 pounds. The rear seats are gone in favour of cooling fans, equipment and a huge spare tire. 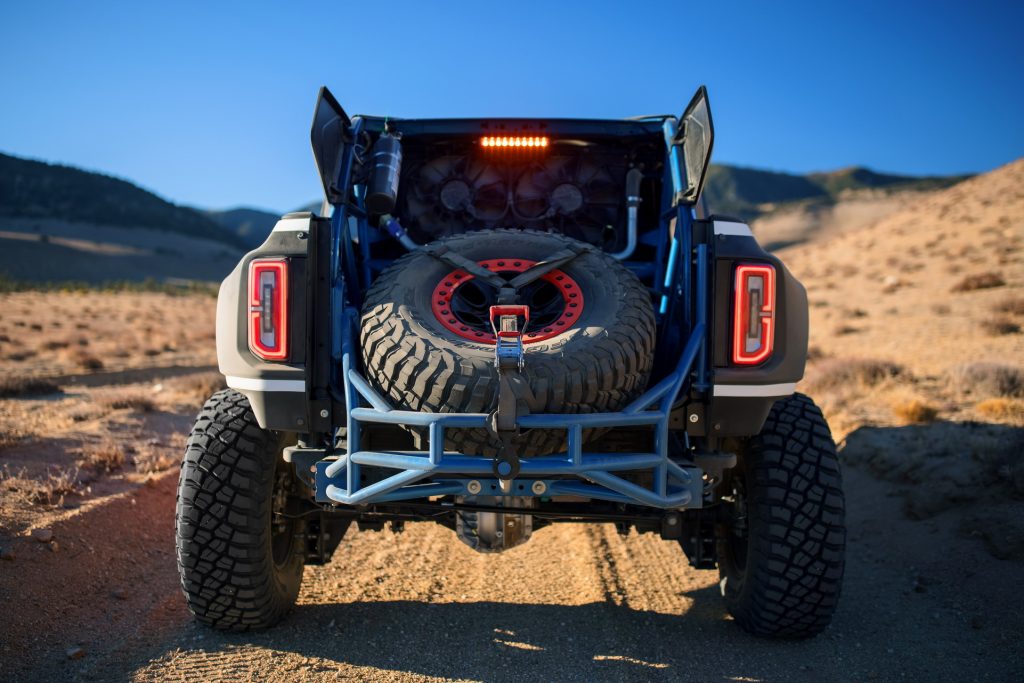 Ford are planning on using their new vehicle in the 2022 Baja race. The following year Ford plans to release the bronco to the general public. It’s a niche for people who want a desert racer that can’t be driven on the road legally. So there will only be around 50 units produced. Each unit will come of a price tag estimated above the 200,000 dollar range.

“Bronco DR exists to give hardcore off-road enthusiasts a built wild, turnkey 4×4 to compete in desert racing events, including the unforgiving Baja 1000,” said Mark Rushbrook, Ford Performance Motorsports global director. “It started with the Bronco four-door – the platform and chassis are production true, and then we modified and optimized every aspect and built the vehicle hardcore off-road enthusiasts want.”